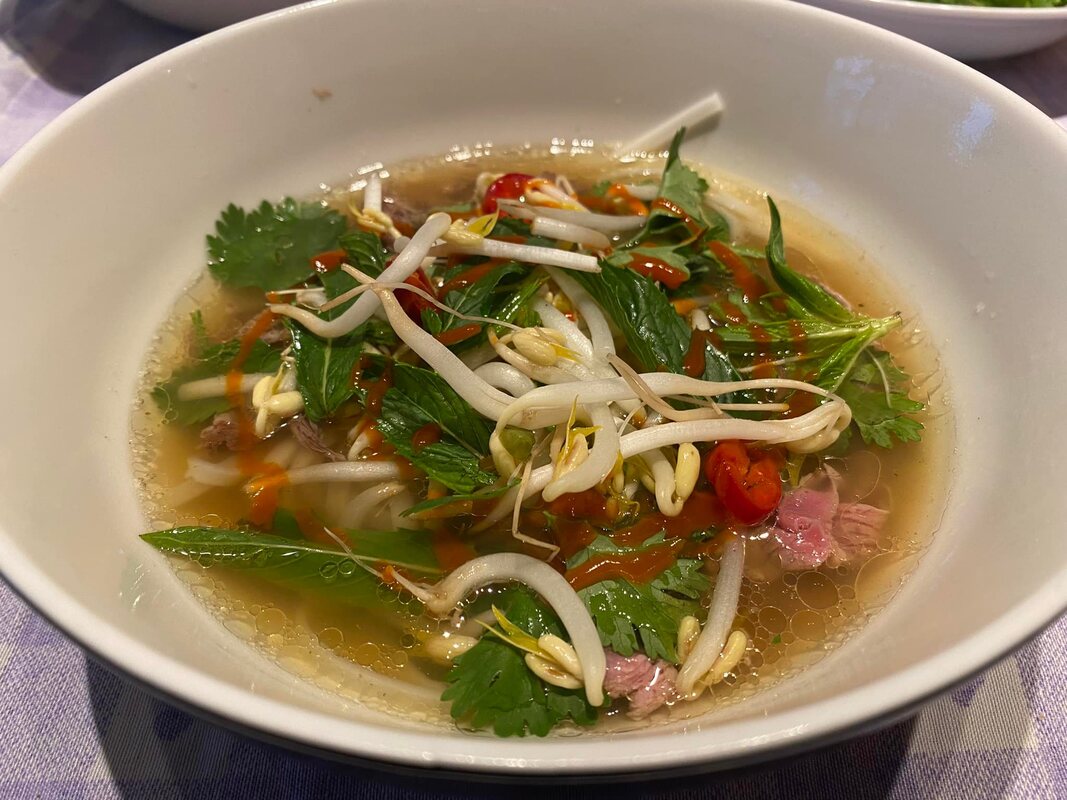 This is one of my sons favourite soups. It's light, yet beefy, it's aromatic, yet subtle. It's just one delicious soup.

For this recipe you make a soup from scratch, don't be tempted to use store bought stock, it won't be the same. Then once the soup is cooked, in a bowl you add cooked noodles, top it with some of the cooked meat and some raw meat. Then you pour over the hot soup, add coriander, bean sprouts, lime and sriracha, the heat from the soup cooks the raw meat and reheats the cooked meat and they are both so tender and delicious and the soup is absolutely amazing.

Warning, you do need a very large pot to make this pho. I tend to start this the day before, as the stock takes a while to cook, plus by chilling in the refrigerator overnight, you can remove some of the fat in the soup as it solidifies on the surface. This is a great soup to make on a Sunday, then on Monday after work, dinner is just reheat, add in the toppings and enjoy.

This soup uses a lot of bones, having a dog comes in handy here, you have the soup, he gets to play with bones. No waste. Now if you don't have a dog, I take as much of the meat off of the bones as possible, then add it to the other leftover meat. Recipe tin eats has a recipe of what to do with the leftover meat, which my son also enjoys. Here is the link to her Caramelised Vietnamese Shredded Beef.

Now the original recipe uses beef brisket, I just don't like it, so I used chuck steak (I just adjusted the recipe and take it out earlier, to ensure it doesn't fall apart). Meaty bones can be found in supermarkets or butchers, same for marrow bones. I do get the butcher to cut the marrow bone in half, so it will fit in my pot.

Now the original recipe uses 10 star anise, I just can't do that as I don't like it that strong. So when you make this adjust things to your taste. The original recipe also suggests thai basil and hoisin sauce as toppings, I don't add them, but if you like them, add them.

The step of charring the onion and ginger adds extra flavour to the soup, my mum has been doing this for years when making Croatian soups. Definitely toast the spices to.

I think it helps to watch recipe tin eats video for this recipe, as it will show how simple and how beautiful this soup is. Click here to watch it.

This a simple yet delicious to soup to make when you have time and you feel like something special to eat.

Heat a heavy based frying pan over high heat (no oil) until smoking.

Place onion and ginger in pan cut side down. Cook for a few minutes until it's charred, then turn. Remove and set aside.

Remove chuck steak (it should be fall-apart tender), cool then refrigerate for later.

Strain broth into another pot, discard bones and spices. Should be about 2.5 litres, if loads more, reduce.

Add fish sauce, adjust salt and sugar if needed. Broth should be beefy, fragrant with spices, savoury and barely sweet.

Prepare rice noodles per packet, just prior to serving. Place noodles in bowl. Top with raw beef and brisket.

Serve with Toppings on the side. 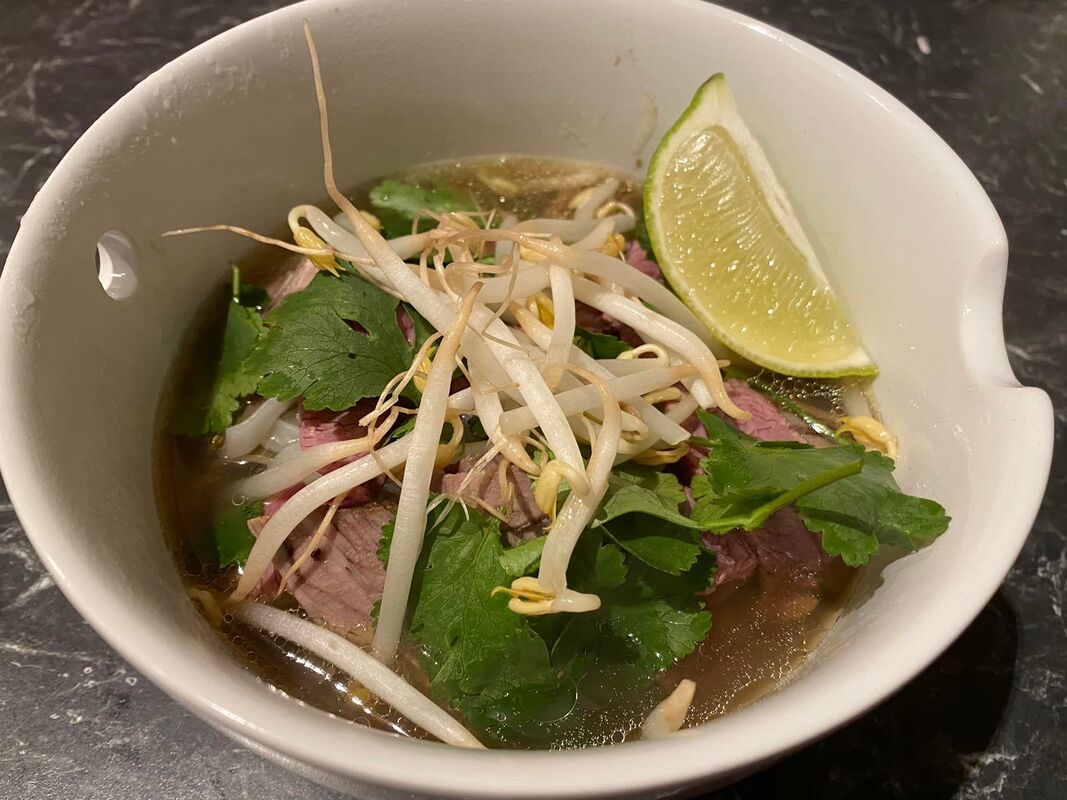