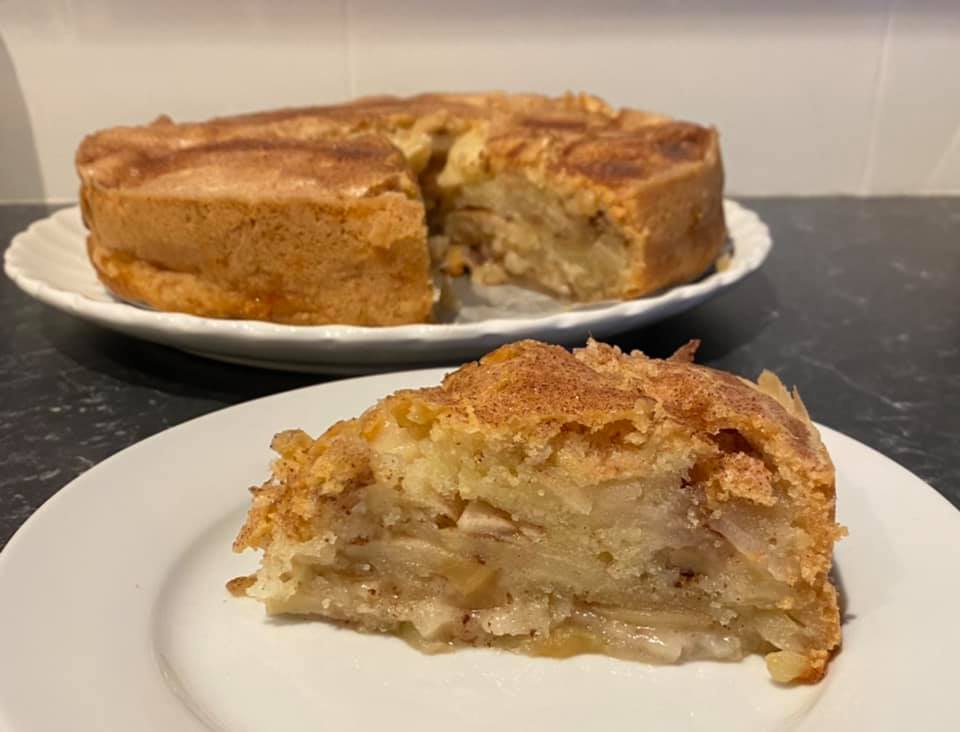 This is a truly amazing cake. It is absolutely delicious.

This is a cake that makes you feel you are eating a pie, as it is so full of apples, it has the filling consistency of pie. Then the crust, some of it is cake like, some of it crisps up and it's just fabulous. The flavour is fabulous, it really is. The apples, the cinnamon, the vanilla, I think this is my favourite cake ever.

With the vanilla, three teaspoons go in, at first I thought it was too much, so I tasted the batter with two teaspoons, but I thought it could do with more vanilla, so I added an extra teaspoon, it was perfect.

With the cinnamon, I'm going to leave it, to taste. The original recipe uses 1 1/2 tablespoons cinnamon sugar, and only scatters it over the top layer of apples. I chose to add a sprinkling of ground cinnamon and caster sugar on every layer of apples, so that every apple has a little cinnamon and sugar on it. You really don't need much, but I like cinnamon in every bite.

Supposedly you can add frozen or fresh berries through the apple slices, but I haven't as yet.

You will need a 26cm springform tin though, as you won't be able to get the cake out of a normal tin, it is not a cake you can flip out. I had one at home, as I think I have every tin possible.

This is truly one of the easiest cakes to make and tastes amazing. This is something you need to try.

Recipe adapted from the cookbook Monday Morning Cooking Club The food, the stories, the sisterhood

Grease and line the base and side of a 26cm springform cake tin. 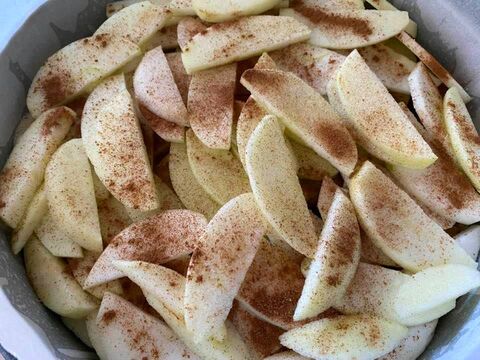 Make a batter by beating the eggs and caster sugar until light and fluffy. Add the oil in a slow drizzle, then add the vanilla and beat well. Stir in the flour with a spoon.

Bake for 1 hour and 20 minutes or until a skewer inserted into the cake comes out clean. Cool in tin.

Serve warm with cream or ice cream. It's great just as is also.​ 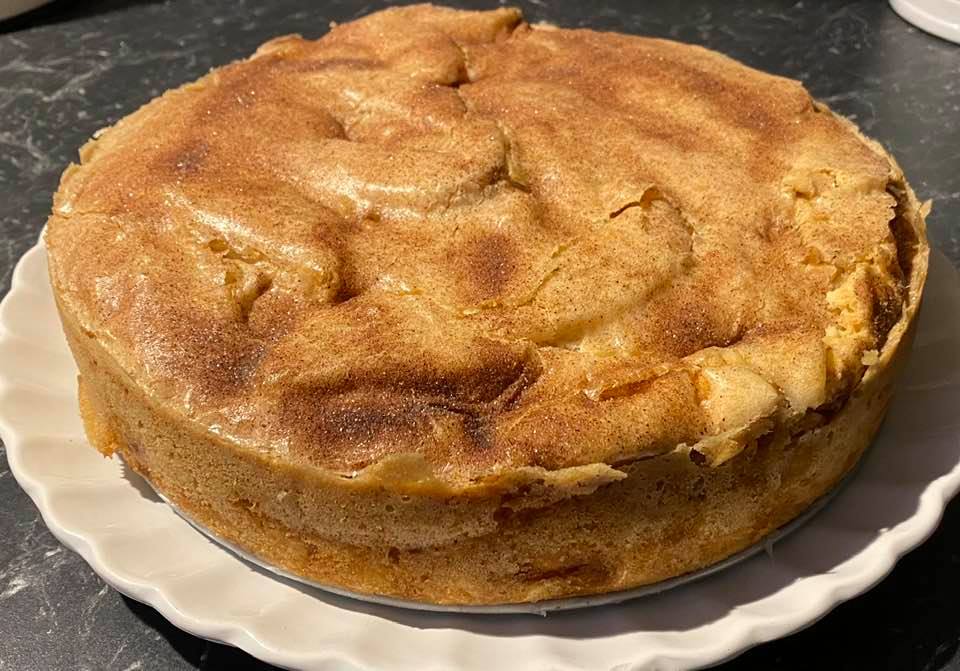