​To Die For Cinnamon Buns 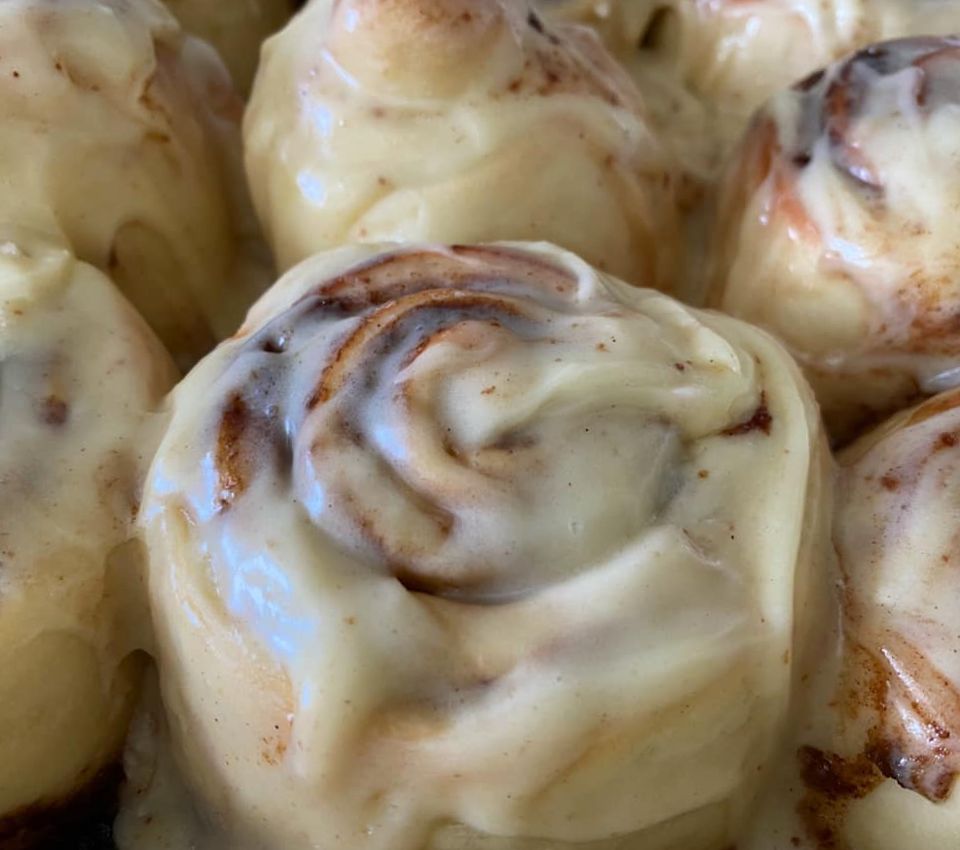 So my daughter has been begging me to make cinnamon buns for, for well forever. But most recipes I found in the past used store bought dough, which was not available in Australia. I couldn't find a recipe for the dough. Until now.

So I follow Kristina Kuzmic on social media, I find her quite funny, she has a Croatian background like myself so when I found her recipe I figured I had to try it. One because I like her, two because we have similar backgrounds and three her recipe looked so good.

Well, these were the softest Cinnamon Buns I had ever tried, she called them To Die For Cinnamon Buns and I had to as well, they are so good, I mean really really good.

I tried taking some of the sugar out of the filling on one attempt, and I found I had to put it back. So although a little sweet, they just have to be.

After I knead the dough, I wash the bowl I mixed to dough in, in warm water and dry it quickly then place the kneaded dough back in that bowl, and cover, the warm bowl assists in the dough rising.

So if you like me have wanted to try Cinnamon Buns but haven't yet, you need to make these, soft and delicious cinnamon buns, and they are simply to die for.

In a large bowl combine yeast, 2 tablespoons sugar, and warm milk. Let sit for about 5 minutes.

Add the rest of the dough ingredients to the yeast mixture, and combine using your hand. Place on a clean bench and knead for a few minutes, about 5 minutes (the dough will be a little sticky, but if it’s too sticky add a bit more flour). Place in a clean bowl, cover with plastic wrap, and let sit for about 2 hours, or until doubled in size.
Combine the filling ingredients, using a fork, to create a paste.
​
Place the risen dough on a clean bench and roll with a rolling pin into a large rectangle (about 40 x 53cm). Spread the cinnamon paste carefully and evenly onto the dough (easiest way to do this is by using your hands). Leave one of your long edges 1-2cm in cinnamon free, this will be where you start rolling, if you add cinnamon here, it is really intense cinnamon here after it's baked, I mean really intense. 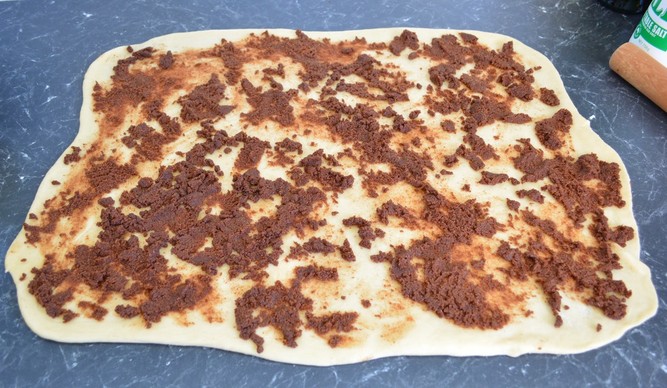 ​Roll the dough into a large log, and cut into 12 segments.
Grease a 22 x 33cm baking pan with cooking spray. Place the rolls in the pan, cover, and let rise for about 30 minutes (or overnight in the refrigerator). 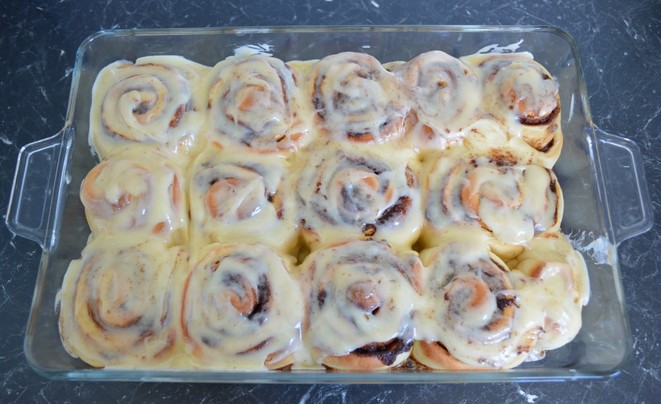 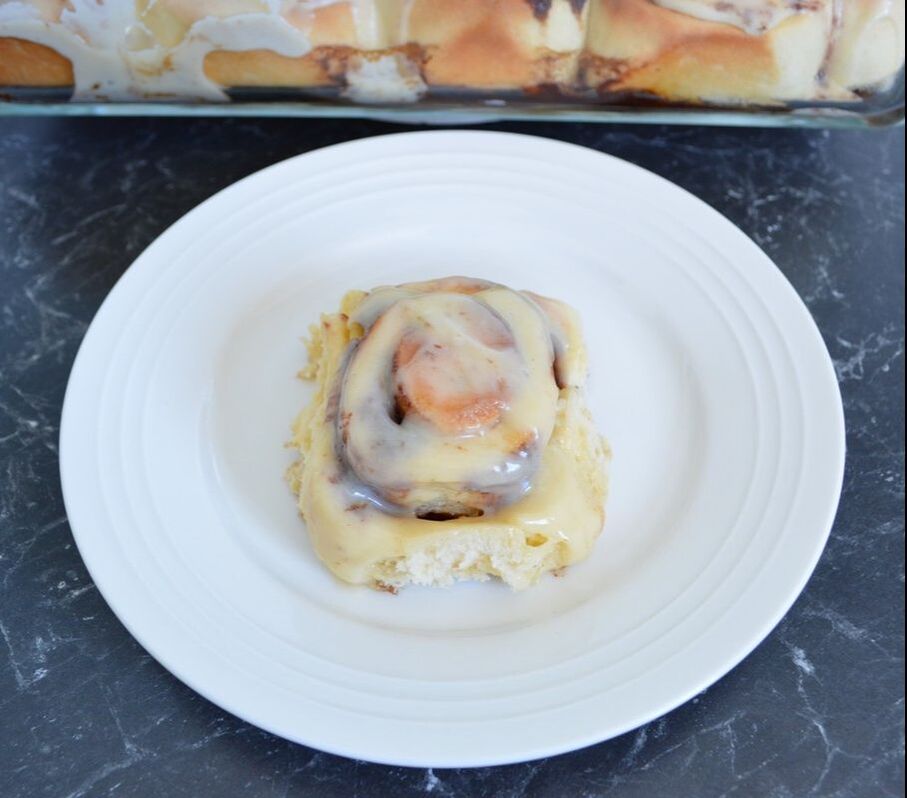