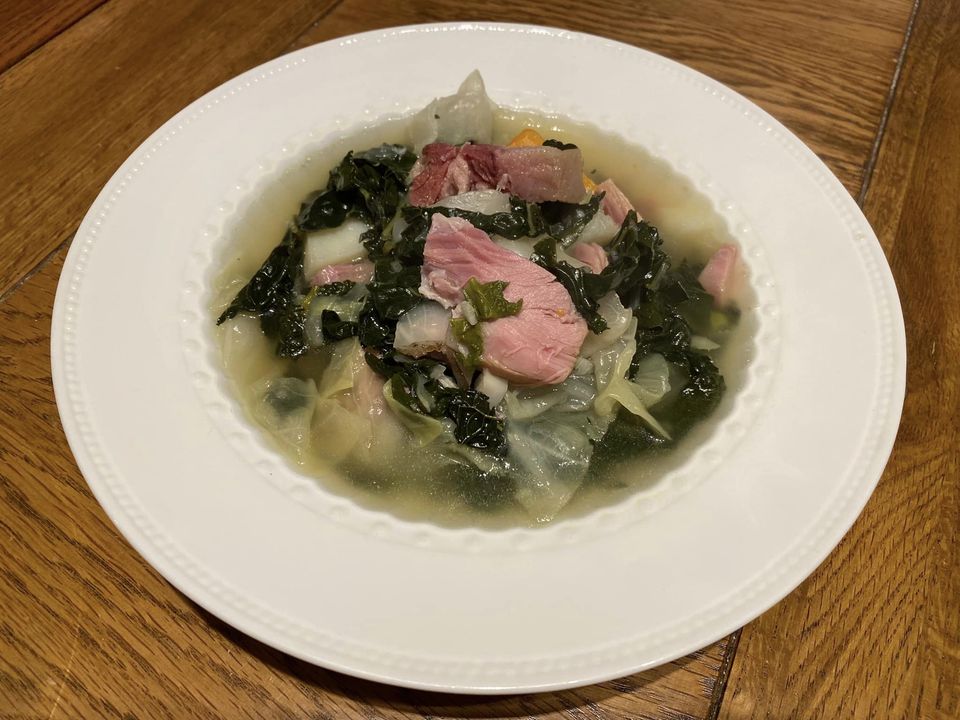 Zelena Manestra is a hearty Croatian soup that I made as I am making an extra effort to cook more Croatian food to keep that tradition going with my family. I'm constantly trying new things and sometimes I forget to cook Croatian, food that I grew up on. So we decided as a family to cook Croatian once a week at least (my kids changed that to at least twice a week, as they are loving the food).

So out come all my Croatian cookbooks that I collected over the last 22 years, since my first holiday to Croatia, it's time to cook more Croatian food.

Soups are important to Croatians, nearly every house makes them, every dinner, all year long, summer, autumn, winter and spring. It can be forty degrees outside, we are having soup.

This soup has the perfect combination of ham hock which we love and cavalo nero and cabbage, which we also love. It is a really easy soup to make and the end result is delicious. This is a hearty soup, so this to me is a meal, nothing else needed. However, my family get hungry a few hours later, so on nights like this a dessert would happen, as dinner was not heavy.

Instead of a ham hock you could use smoked ribs, but you will need to add them to a pot of cold water and bring them to the boil, simmer for 5 minutes. Discard all of the water and then start with the recipe as written below. Smoked ribs can be salty, I find ham hocks generally are not.

So if you are like me and you want to try something traditional or you are newbie to Croatian food, here is a great way to start.

1 ham hock
150g piece pancetta
2-3 cloves garlic
1 tablespoon vegeta, to taste
salt and pepper, to taste
2-3 large potatoes, peeled, cut into bite sized cubes
1kg cavalo nero
750g savoy cabbage, cut into bite sized chunks
​
Place the ham hock and the pancetta in large pot, fill the pot with water until at least 2/3 full and the hock is fully covered. Place over a high heat and bring to the boil. While it is coming to the boil add in the garlic and vegeta and season with pepper. Once it has come to the boil, reduce the heat and simmer, covered for about two hours, or until the meat falls off the bone.
​
Remove the stalks from the cavalo nero and shred the leaves. Bring a large pot of water to the boil. Add the cavalo nero and simmer for about 5 minutes. Drain, discard this water. This first water can overpower the soup, that is why it is discarded and you are left with a nicer lighter flavoured soup.
​
Once the hock is cooked, remove from the hock and the pancetta from the pot. Add in the potato, bring to the boil and simmer about 6 minutes.

Meanwhile, remove bones from the hock and dice up the meat (you can add the skin also to the soup, some people like it, some don't) and slice up the pancetta.

​Add the cavalo nero and cabbage to the soup.  Add more water if needed, taste for seasoning, add more vegeta if you like, and simmer until the potatoes and cabbage are cooked.  Add the hock meat and pancetta. Bring back to the boil. Serve hot. 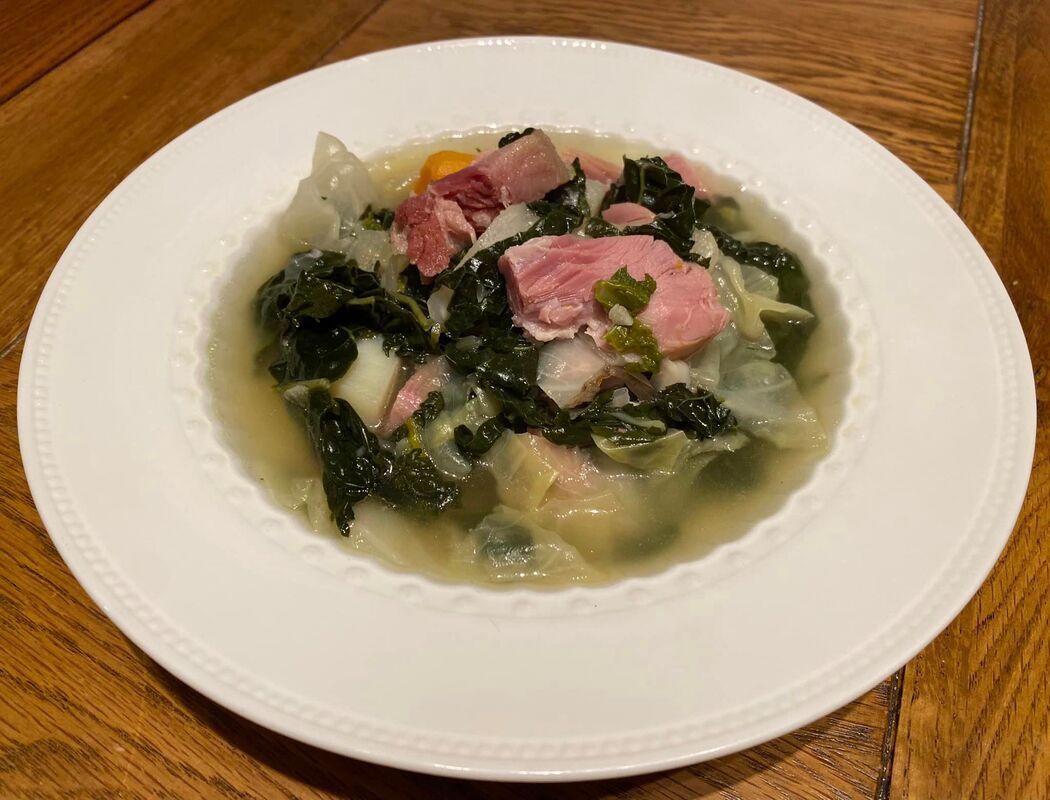