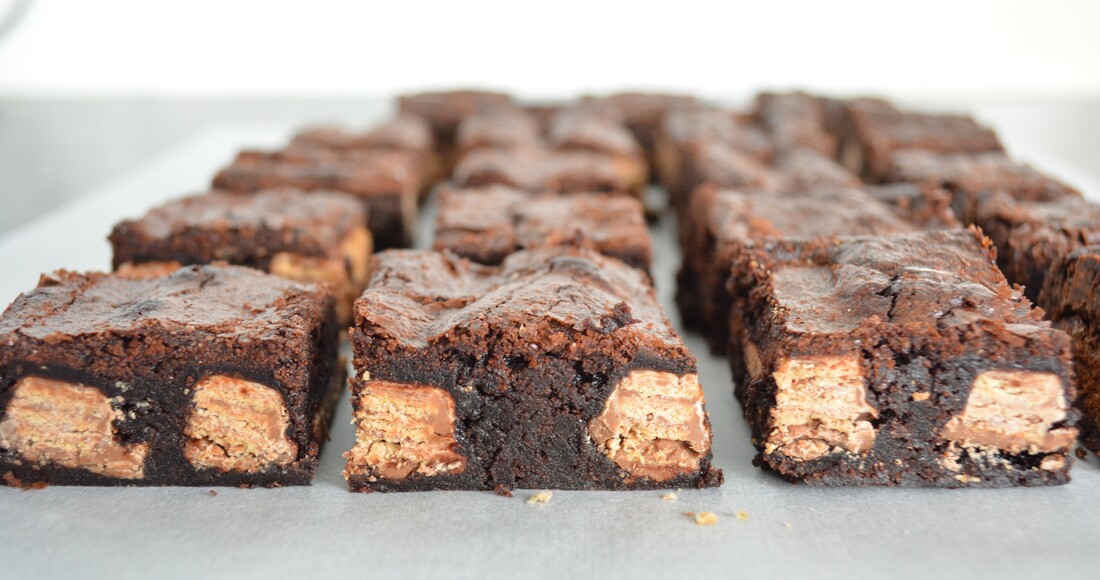 Okay, I rarely make things like this, I have no problems with brownies per say, I love them, but I know they are rich, high in sugar, but as a sometimes treat, I have no problem with them, but to add kit kats and tim tams to the mix, holy moly this could be too much for me.

But I received a text from my friend's son recently, it was a photo of a kit kat brownie he had found for me to try, as he knows I like to cook, how very considerate of him, you would think. But as I know teenagers rarely think about others, especially their mum's daggy friends (and he being a teenager), I knew I got the text as it was something he wanted me to make so that he could try, so I played along, thanked him for thinking about me, found a recipe and made these for him.

They are great, they are rich (as you would expect), he loved them, as did my kids, as did I. I thought about not posting it, then thought about removing it, but my kids say leave the recipe up, they do love them. This is something I would make once a year, it is indulgent, but everything in moderation is okay, so this is to, in my opinion.

The original recipe uses a 22cm x 22cm square cake tin, I used 26cm x 16cm as I could not find my square tin when I needed it.

The original recipe was also just a kit kat brownie, but I thought why not add tim tams, why not, indeed.

So if you feel like making something as a crazy rich treat, give these a try, they're great, just keep them as a sometimes treat.

Grease and line with baking paper a 26 x 16cm slice tin. Make sure baking paper goes up the sides to easily take out the brownies once set.

Beat the butter and sugar in a large mixing bowl until well mixed.

Beat in the eggs, one at a time until mixed in well. Add the water and vanilla, beat in well.

Add the salt, baking powder and the sifted cocoa powder, beat on low speed until incorporated.

Add the flour, mix in with a spoon until just combined. 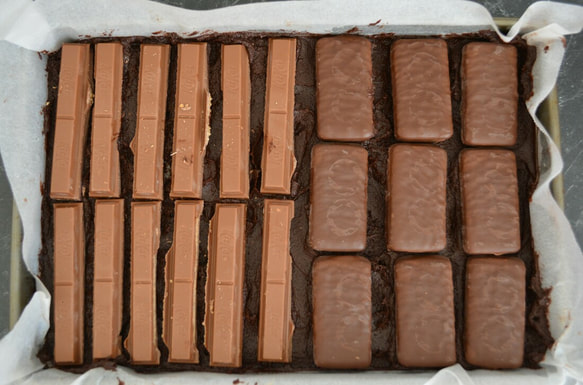 Spread the rest of the brownie mixture on top to completely cover the kit kats and tim tams.

Bake for 30-35 minutes or until the centre is set.

Cool for 30 minutes in the tin. Then place them in the refrigerator to cool completely, around 2 hours.

Use the baking paper to help take the brownies out of the tin. 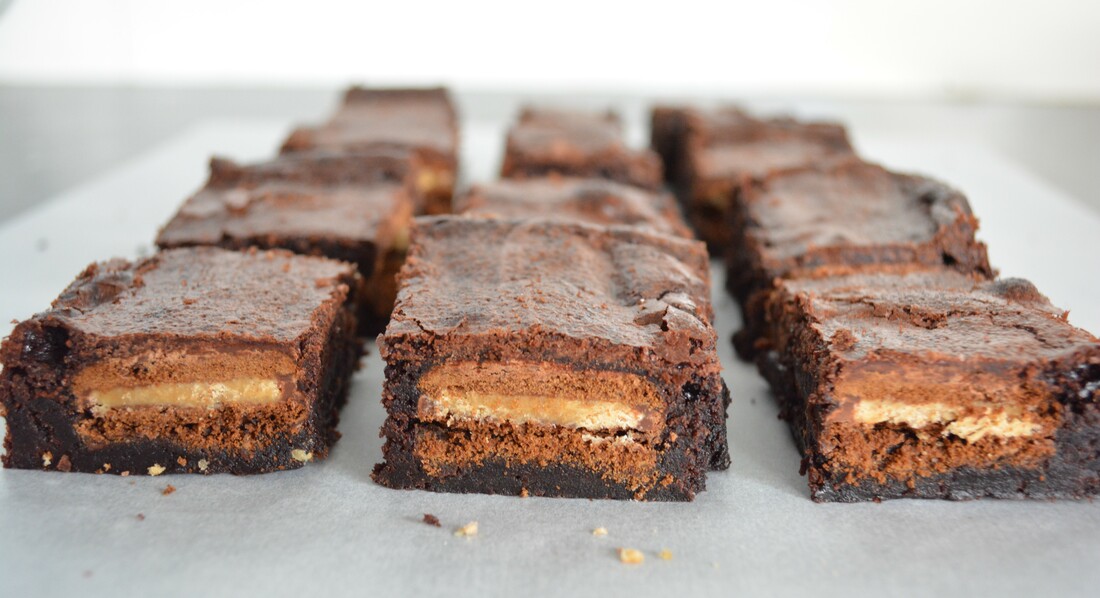