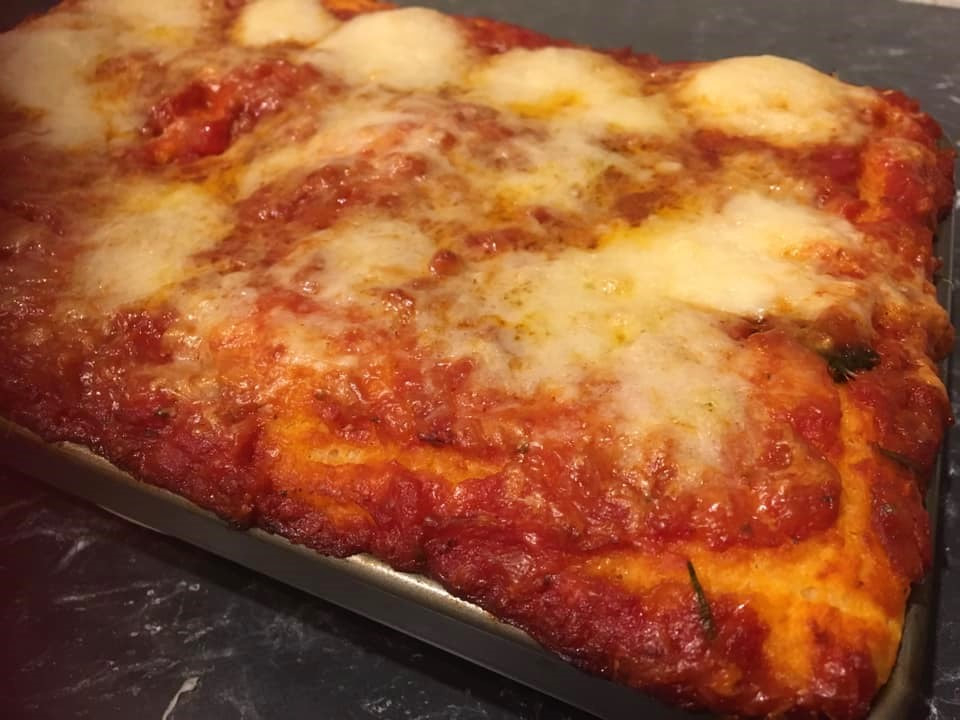 Our Eating Around the World Adventure took us to Switzerland. Now on this adventure where we try different foods from different countries, I have learnt that food crosses borders. Swiss food like most other countries is influenced by it's neighbours Germany, France and Italy. This recipe is obviously Italian influenced.

The dough is so good. It is a no knead dough, which is fabulous. All you have to do is cook a potato, then mix the dough ingredients together, spread it into a baking dish, let it rise for 1 hour, spread on the topping and bake. And you're done. And the flavour is amazing. The dough is the fluffiest, softest dough/bread you will ever eat. It is amazing.

Make sure your milk and water a warm, not hot, as hot water can kill the yeast.

The sauce is delicious to, and very easy to make. And as you spread the sauce on the unbaked dough, as it bakes, it seeps into the dough to create this soft pizza.

This was one of my greatest recipe finds and I know this recipe will be made again and again for my family.

Add the remaining dough ingredients to the bowl and mix well with a spoon to combine. The dough will be quite wet, with a consistency similar to thick yoghurt.
​
Lightly oil a 30cm x 20cm oven tray with a tall side (at least 2-3cm high sides) with extra virgin olive oil. Make sure you rub the oil all over the tray, to ensure the dough doesn't stick to the tray once baked.

Pour the dough into the tray and, with oiled hands, spread the dough to the edges of the pan. Let the dough stand in a warm place for 1 hour, or until it begins to rise.
​
Preheat the oven to 200C/180C fan forced.
​
In the meantime, make the sauce. Heat the butter and oil in a medium sized saucepan and saute the onion until softened, about 3 minutes. Add the garlic and herbs and cook for a further 2 minutes. Stir in the tomato paste and cook for a few minutes more, until it darkens in colour, but be careful not to burn it. Add the tomatoes, salt and pepper. Cover with a lid, reduce the heat to low and cook for about 15 minutes, stirring from time to time, breaking up the tomatoes as they soften with cooking. Remove from heat, discard the rosemary stalk and bay leaf.
​
Spread the tomato sauce over the pizza base and top with cheeses. Drizzle with a little extra virgin olive oil on top and sprinkle with salt and pepper. Bake for about 20-25 minutes, or until the dough is cooked. The base will rise with baking and the sauce will seep into it to create a soft pizza. 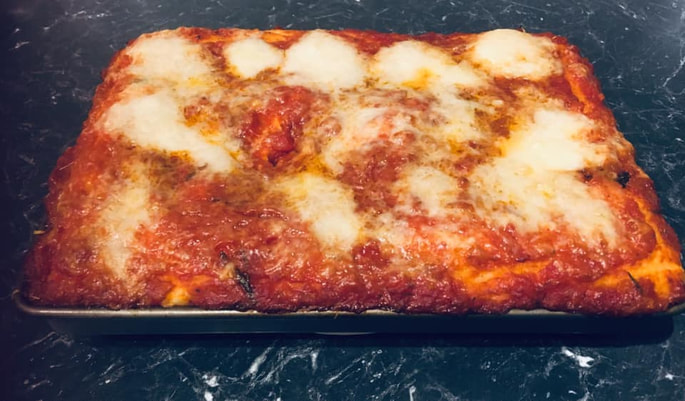 ​Serve immediately with a green salad. 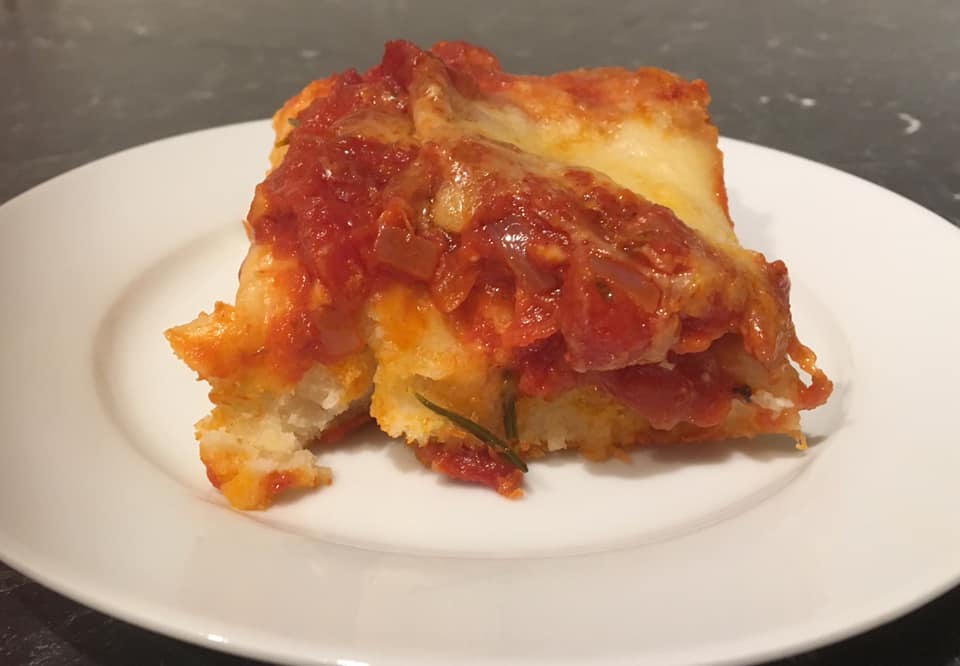