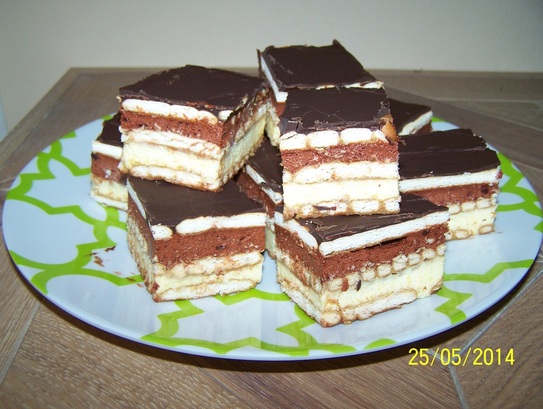 If I think of a dessert that was my mum's and that everyone loved, this is it. She was asked to make this at every party we went to.

Originally it was made with Arnott's Morning Coffee Biscuits and White Wings Vanilla Magic Instant Mousse and it was a delicious, delicious dessert. But for some reason both items were discontinued at the same time, which for me was upsetting as I could no longer get to eat a dessert that I found divine.

My mum recently went about trying different biscuits and pudding mixes and found this to be the closest to her original recipe. The biscuit is slightly thicker than the original one, but flavour wise similar. The pudding mix although not as good as the original, is quite close.

So for you out there who never tried my mum's original recipe you won't know the difference. For those that do, you will love this one to. This is a simple dessert that everyone that tries it loves.

A quick tip: When it is time to slice, flip the cake onto a clean board and slice with the chocolate down on the board, the chocolate tends not to crack when you do it this way.

Line a 20cm x 30cm lamington pan with a sheet of foil to cover base and two opposite sides, bring foil 5cm above edge of pan.

In a medium sized bowl add the coffee powder and boiling water, stir to combine. Allow to cool for 5 minutes.

Dip one-third of the biscuits into the coffee, place each biscuit side by side over the base of the prepared pan. Don't over soak the biscuits, or they will become soggy. 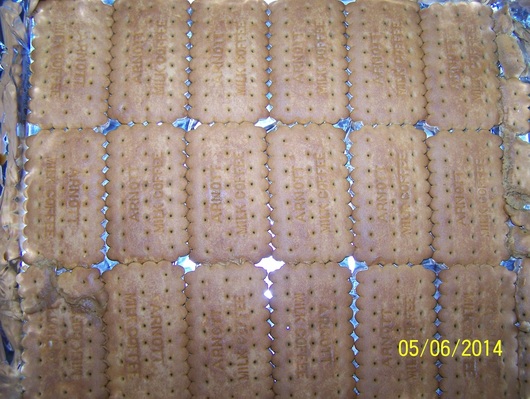 In a large bowl combine the vanilla pudding mix with 1/2 the cream (300ml) and 1/2 of the milk (3/4 cup), beat with an electric mixer for about 1 minute, or until the mixture is thick, but spreadable. Spread evenly over the biscuit base. 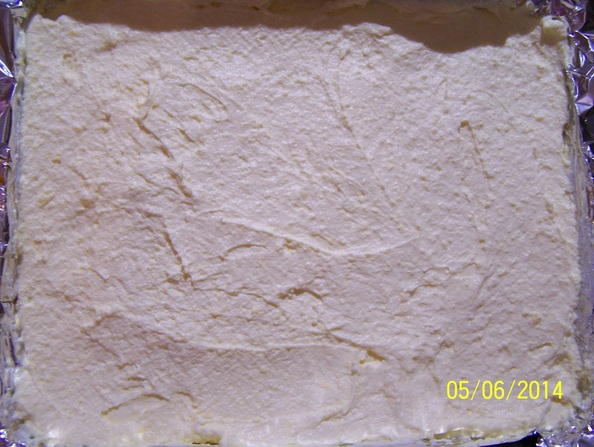 Dip half of the remaining biscuits into the coffee, place side by side over the vanilla pudding. 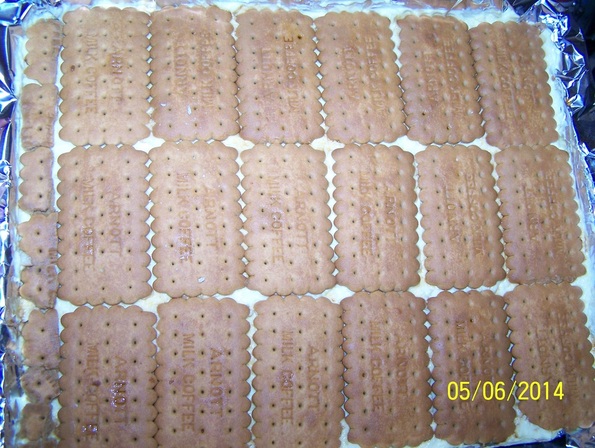 In a large bowl combine the chocolate pudding mix with the remaining 300ml cream and remaining 3/4 cup milk, beat with an electric mixer for about 1 minute, or until the mixture is thick, but spreadable. Spread evenly over the biscuit base. 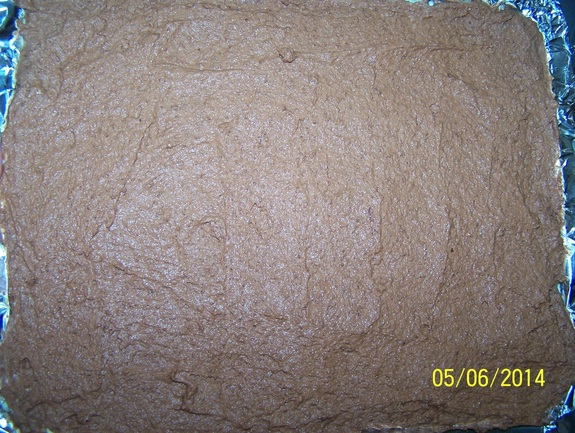 Dip the remaining biscuits into the coffee, place side by side over the chocolate pudding. 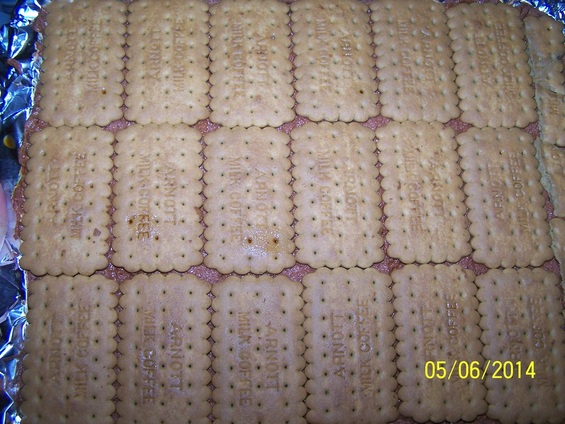 Combine the chocolate with the butter in a small heatproof bowl, place the bowl over a pan of simmering water, stir until the butter and chocolate have melted. Spread quickly over the biscuits, to cover. 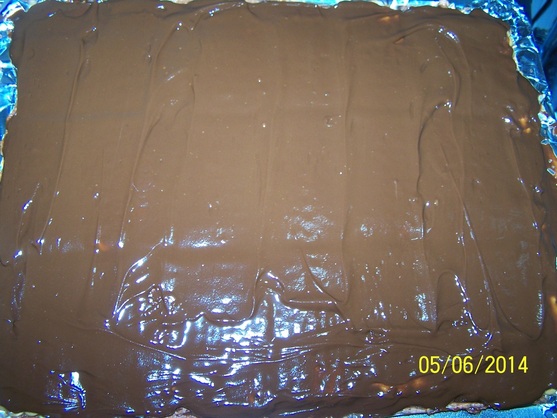 Place in the refrigerator uncovered to set for 30 minutes. Then cover with some aluminium foil and refrigerate overnight.

When slicing, I like to slice it chocolate side down, the chocolate tends to not crack this way. 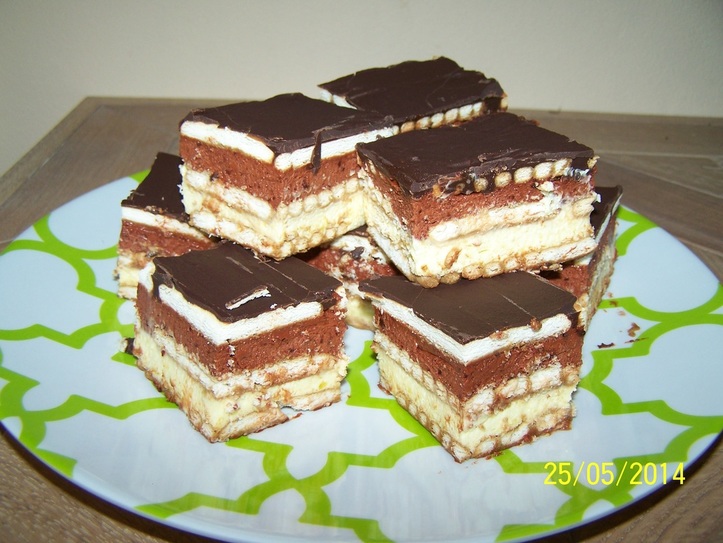