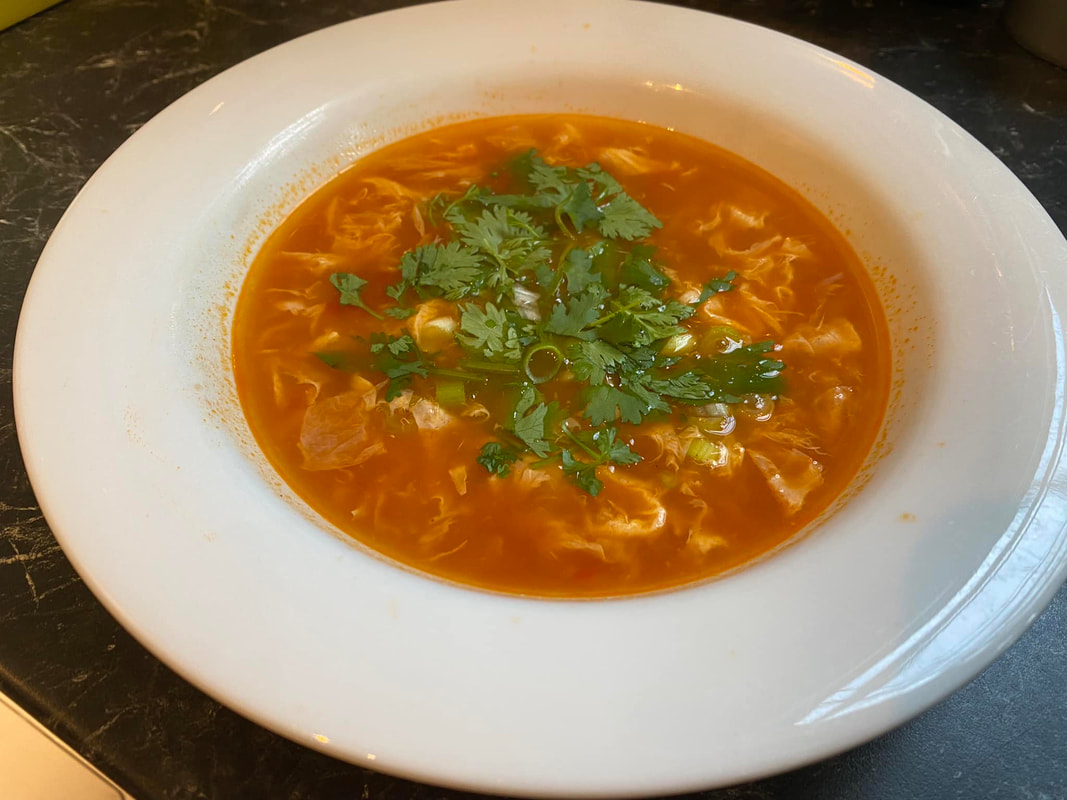 I love when you find a recipe, by chance, and it turns out far greater than you ever expected. The ones that you find just because you need to use up an ingredient in the house. In this instance that ingredient was the tomato.

I had four tomatoes that were not at their peak, slightly over ripe, you could still eat them, but I felt they were now better to use cooked than eaten fresh. I wanted to make a soup, I wanted it to be an Asian style soup, as following the soup would be a stir fry. I wanted it to be easy to make.

I came across this one, saw the ingredients list and questioned if we'd like it. But after looking at a few more recipes, I came back to this one because it was quick, it was easy to make, I had all the ingredients at home and most importantly, it was an egg drop soup.

Was I completely blown away by this soup, I was, it was delicious. My current favourite thing are egg drop soups, I absolutely love them. The eggs strips formed when you slowly drizzle egg into a hot soup, which replace noodles, I think is fabulous.

Now I love it with the shallots and coriander in it, while some of my family preferred it without, so that is up to you whether you add it or not.

If you are looking for a quick, easy and tasty soup idea for dinner, look no further.

Heat the oil in a medium saucepan over medium heat. Add the tomato chunks and stir-fry for 5 minutes until the tomatoes are softened and start to fall apart.

Add in the chicken stock, water, light soy sauce, sesame oil, ground white pepper and salt to taste. Bring to a boil, and then lower the heat so that the soup is simmering with the lid on. Simmer for 30 minutes.

Now you don’t have to, but I blitzed the soup with a stick blender, because my son wanted me to.

Now quickly beat the egg in a small bowl and in another bowl, whisk together the cornflour and water.

Use a spoon slowly swirl the soup in a whirlpool motion. Keep swirling as you pour in the cornflour mixture, until well incorporated.

Now pour a thin stream of egg into the middle of the whirlpool as you slowly swirl the egg into the soup. This is how you get that pretty egg drop effect.
​
Ladle the soup into bowls and garnish with chopped scallions and cilantro, if using. Serve hot.