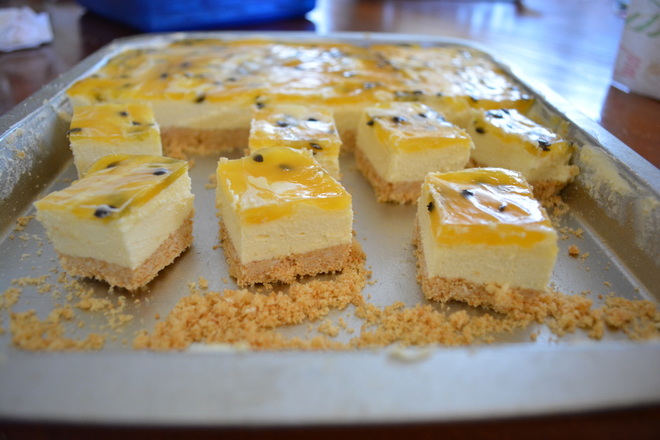 When I was growing up, I don't know a party I went to that my mother was not asked to bring this cheesecake to. Nowadays when I make it, it is still loved by anyone that tries it.

This cheesecake is creamy, yet light and has a lovely flavour. What I also love about it, is that it freezes well. I put it sliced in my Tupperware in the freezer in summer, and take it out 10 minutes before serving, and it is like eating cheesecake ice cream. Or you can thaw it completely and it tastes like you just made it.

For the base: Put the biscuits, coconut and melted butter in a mixing bowl. Mix well to combine. Press the biscuit mix firmly and evenly into the base of the prepared pan. Refrigerate until filling is being made.
For the filling: Whip the thickened cream in a small bowl of an electric mixer, do not over beat it, you want it thick but still light and soft. Set aside until needed.

Using the same beaters, no need to wash them, put the cream cheese, butter, sugar and vanilla essence in a medium bowl of an electric mixer. Beat until light and fluffy.
Sprinkle gelatine over water in a cup, stand the cup in a small pan of simmering water, stir until dissolved, cool slightly.
Stir the gelatine into the cheese mixture, fold in the whipped cream. Spread the filling over the biscuit base evenly. Refrigerate while you make the topping. 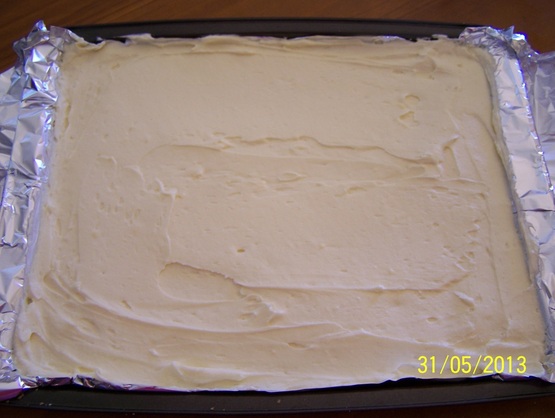 Passionfruit topping: Combine the cornflour and water in a small saucepan, whisk to remove lumps. Add the sugar and the passionfruit with the syrup. Stir over heat until the mixture boils and thickens, it will be thick and change colour, cool for 1 minute.
Working quickly, pour the topping over the filling, spread it around evenly. Refrigerate uncovered, 1 hour, then you can cover it with cling film. Refrigerate until firm, preferably overnight. 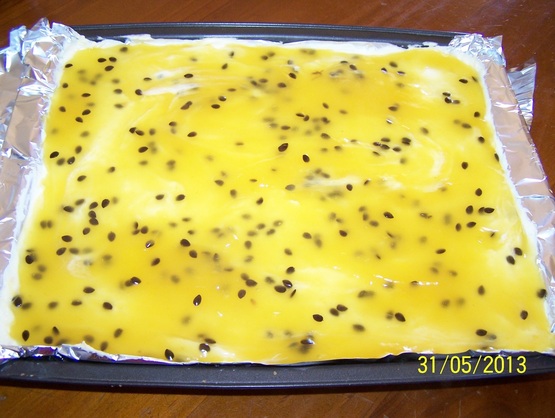 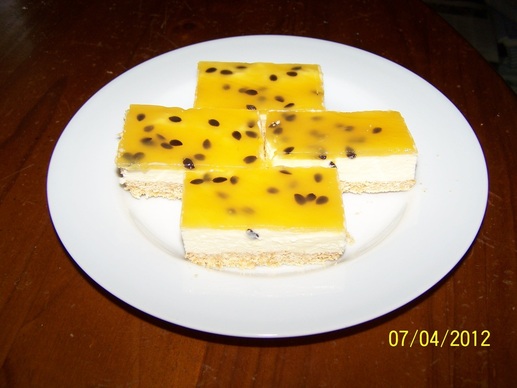