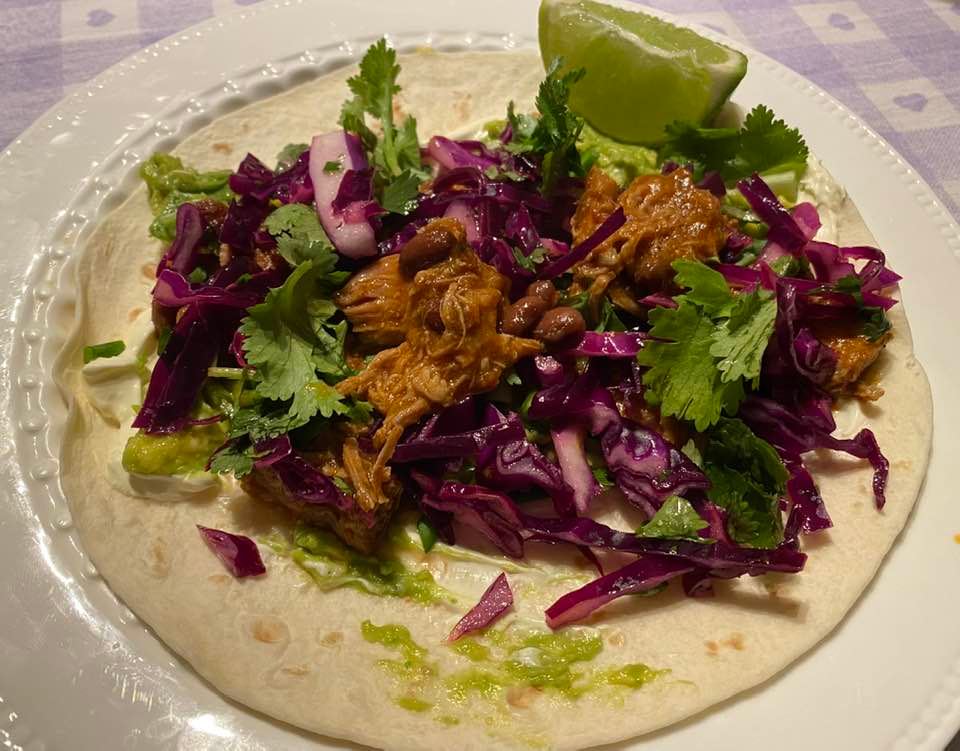 I'm constantly cutting recipes out of magazines and this one I came across recently while I was sorting through a large stack of clippings.

My kids absolutely love this, as do I.

At first I was worried about adding cinnamon, I didn't think I'd like it, but it's great. We added in extra 1/2 teaspoon of chilli flakes and the cayenne, as we love it spicy.

You can mash the avocado or chop it, your choice.

My kids say they can never go back to packet mince type tacos once you've tried these.​

Recipe adapted from a Coles magazine

To make the pulled pork: heat half the oil in a large flameproof casserole pan over medium-high heat. Add the pork and cook for 5 minutes or until golden brown. Transfer to a plate.

Heat remaining oil in the pan. Add the onion and cook, stirring, for 5 mins or until onion softens. Add the paprika, cumin, coriander, oregano, cinnamon, chilli flakes and cayenne. Cook, stirring, for 1 minute or until aromatic. Return the pork to the pan with the tomato, stock and 1 cup water, or just enough water to cover the pork. Bring to the boil. Reduce heat to low. Season with salt and pepper, to taste.

Cover and cook for 2 hours, then uncover and cook for a further 30 minutes or until the pork is very tender. Use tongs to transfer the pork to a heatproof bowl. Use 2 forks to coarsely shred the pork. Return pork to the pan with the beans. Taste for seasoning, cook a further 10 minutes.
​
Combine cabbage, coriander, lime juice and oil in a bowl. Season with salt and white pepper, to taste. 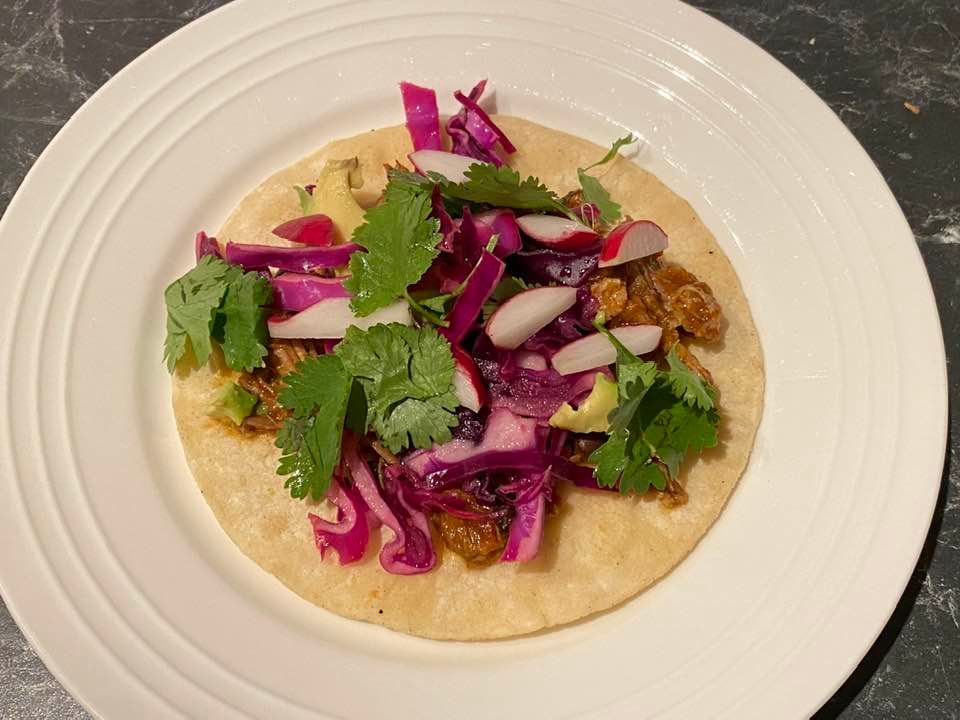